If you think you’ve tasted the best Bloody Mary ever, I’m willing to bet that you are dead wrong. No offense.

Unless, of course, you’ve slurped the Red Headed Stranger ($8) from a popular Austin watering/grub hole called Frank, in which case, I stand corrected.

What makes this bloody-good libation the best is…

Shocking, I know, since bacon is so off the radar these days, truly an obscure ingredient. Eh, hem.

Bacon, however,  is only part of the story. Granted, it’s a big part but it’s not the only part.

It’s the best selling cocktail at Frank (one of those new-fangled restaurants designed to look old…they opened last summer) for many reasons, but bacon is at the top of the list. 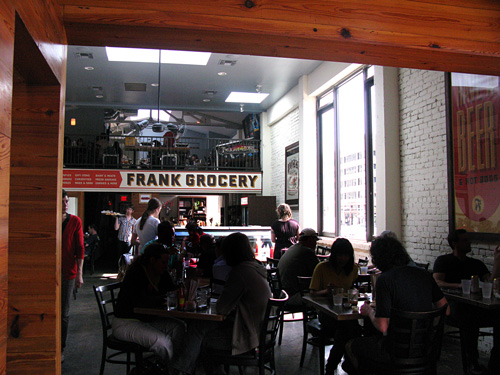 Made from Texas-distilled vodka (sometimes Dripping Springs, sometime Tito’s), Frank infuses the vodka with fresh-from-the-oven bacon cracklings…for 5 days…and then they freeze the vodka.

Why? To scoop off the layer of bacon fat. No sense in drinking a greasy mess, no matter how tasty.

The other thing that makes this ode to Willie Nelson stand out is the bloody Mary mix itself.

They said they’d have to shoot me if they gave me the recipe, so I opted for just a hint about the ingredients.

Let’s just say that copious amounts of garlic and horseradish are involved, and a thicker-than-most tomato based mix.

There’s a reason for that, too, but I can’t share it with you unless I go into the witness protection program.

What I can say is the celery salt and pepper rimmed mason jar comes with a Texas size toothpick spear sporting a chunk of cheddar cheese, an olive and a pepperoncini. [Note to Frank:  why not a pickled jalapeno? Just saying.]

Oh, and it’s just as good without the vodka, too, but then it’s a Virgin Red Headed Stranger.

And that might leave some blue eyes crying in the rain. 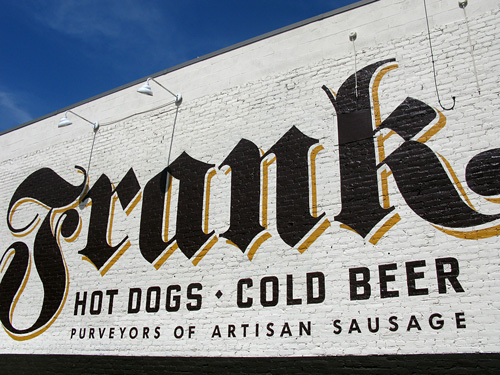